Program Notes:
In "Bureau Del Sol" 2 musicians, playing acoustic instruments, interact with a third player controlling the live-electronics for the other two interprets. This is realized by using a record player with a timecode-vinyl as a haptic interface to control the custom-written processing, which is solely based on the input of the two instruments. The possibilities of recording, playing back and transformation of the acoustic sounds can be realized in a very fast, haptic and - above all - perceivable way. This clear correspondence between physical action and electro-acoustic output is not only important for the audience, which is able to follow the processes, but at least just as much for the communication between the musicians. Together with the graphic notation of the piece and its improvisational elements this leads to a structured and recognizable, yet very free and impulsive interaction between the acoustic and electronic sounds. But interestingly this concept mainly strengthens the communication and interplay between the musicians - allowing to bridge the often stiff form of electro-acoustic performance. The tactile comprehension of the control interaction is strongly supported by the structure of the composition. The clear alternations between the musicians and the razor-sharp structure of the piece provides a great transparency of performance.
This piece continues a series of works, which examine the electro-acoustic interaction based on haptic controllers / sensors. Previous pieces include "Weapon of Choice" for violin and sensors, "Laplace Tiger" for drum kit, sensors and video and "The Grand Dissection" for orchestra and augmented conductor. 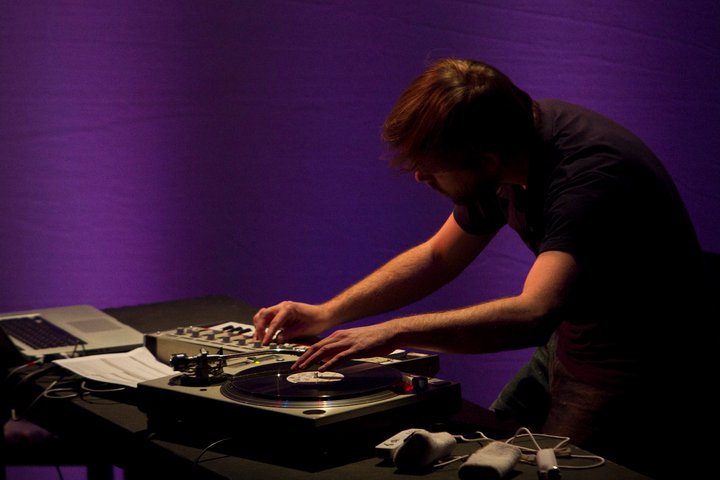